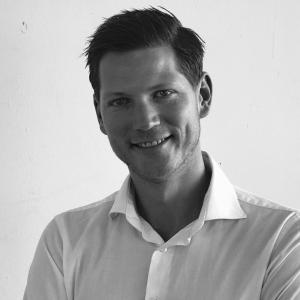 Bluewater, a world leader in water purification technologies and solutions, contributed a unique public hydration station that delivers on-demand pure drinking water free of micro-plastics and other contaminants ranging from lead to pesticides and gender-bending hormones.

"Micro-plastics are today found in over 80 percent of the world's tap water according to new research, while other studies indicate pollution of drinking water by pervasive gender-bending chemicals and hormones is leading to lower fertility rates and hormone disruption in young women and men," said Anders Jacobson, President of Bluewater and co-founder and CEO of the company's holding company, Blue.

Noting that the health impact of the plastics swamping the world's oceans are increasingly being documented by new studies, Jacobson described Ekoplaza's initiative to debut plastic free aisles as an 'innovative, exciting and necessary way to provide a solution to the catastrophic pollution of the planet by single use plastics'.

The plastic free aisle initiative was spurred by international environmental campaign group A Plastic Planet, a grassroots movement geared to turn off the plastic tap. A Plastic Planet co-founder Sian Sutherland said Ekoplaza's initiative 'represents a landmark moment for the global fight against plastic pollution and opening the door to a new future where the public are finally given a choice about whether to buy plastic or plastic free'.

Ekoplaza says it intends to rollout plastic free aisles across its 74 branches in the Netherlands over the coming 12 months. The next opening is scheduled for The Hague in June, and Bluewater plans to provide Ekoplaza customers in the Dutch port the opportunity to drink plastic free water as they shop shelves also devoid of polluting layers of plastic.

"We applaud both Ekoplaza and A Plastic Free Planet for creating a stunning stepping stone towards a better future where human ingenuity and solutions like those provided by Bluewater can help benefit planetary and human health," said Anders Jacobson.

" Launching in Amsterdam, the world's first Plastic Free Aisle is a joint initiative of environmental campaign group A Plastic Planet and Dutch supermarket Ekoplaza. The Aisle graphics were designed by London design studio Made Thought, and makes its debut alongside the brand new Plastic Free Trust Mark – a labelling system designed to help shoppers quickly identify products on the shelf that are free from plastic packaging.

" Founded last year by Sian Sutherland and Frederikke Magnussen, A Plastic Planet is a grassroots movement with a simple goal – to turn off the plastic tap. Over the past twelve months, A Plastic Planet has built a formidable coalition of supporters in favour of a Plastic Free Aisle in supermarkets.

" Ekoplaza is a Dutch supermarket chain with 74 stores across the Netherlands. The chain is one of Europe's leading organic grocers and is at the cutting edge of efforts to reduce the environmental impact of food and drink retail.

" Exclusive research by Orb Media, a top journalism site, and researchers at the University of Minnesota School of Public Health, indicated microscopic plastic fibers are flowing out of taps from New York to New Delhi with women, children, men, and babies consuming plastic in their water-based drinks. The study pointed to the U.S. having the highest level of contamination, with perhaps 94 percent of water contaminated with microscopic plastic fibers.

" In October, 2017, Bluewater launched a planet-wide movement geared to harness human ingenuity to help bring cleaner, healthier water to everyone and create oceans without plastic.