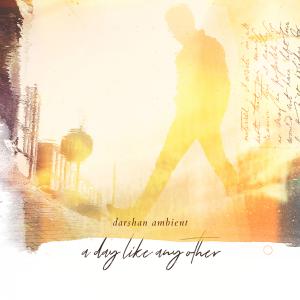 The Upcoming Album by Darshan Ambient: A Day Like Any Other 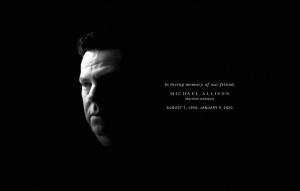 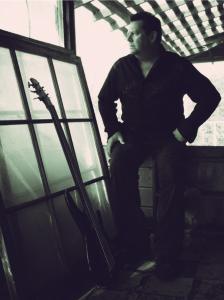 The Portland-based label will honor Michael Allison’s wish to release his ambient electronic album, A Day Like Any Other, as planned on January 17, 2020.

Michael was an exceptional artist and compassionate soul – he will be greatly missed, yet through his music is always here…”
— Deborah Martin, Spotted Peccary Music

PORTLAND, OREGON, UNITED STATES, January 12, 2020 /EINPresswire.com/ — Spotted Peccary Music has released a statement of sympathy on the death of Michael Allison aka Darshan Ambient, an award-winning composer and recording artist with the record label; he was born on August 7, 1958, and died on Thursday, January 9, 2020 in Modesto, CA. His 14th album with the label – A Day Like Any Other – is set for release this Friday, January 17th, 2020.

“It is with great sadness that we announce the Spotted Peccary family lost one of our own yesterday, when our beloved Michael Allison, of Darshan Ambient, passed away. Michael’s family and fans were of great comfort and encouragement throughout his brave battle with cancer, and for that we are grateful. Michael trusted us with so much of his beautiful music over the years, and he truly became family to us. We are humbled to honor Michael’s wishes to proceed with the release of his final work, a very beautiful album titled A Day Like Any Other, which had been long-scheduled for release on January 17, 2020."

There has been an outpouring of sentiment for the artist on social media, who is renowned worldwide for his moving ambient electronic music; fans are invited to express their thoughts in tribute today when the label "unboxes" his latest album on their Facebook page at 12:00 Noon PST.

Michael Allison played and composed music from an early age, becoming lead singer at age 16 for Brimstone in Modesto, CA, and then bassist for Los Angeles show band Skyway, touring the South and the Pacific Northwest. Soon after they disbanded, he formed a lifelong friendship with Naux (Juan Maciel) playing in such bands as Nona Hendryx & Zero Cool, Richard Hell and China Shop in New York City. In 1984, he formed his own band, Empty House, playing to enthusiastic crowds in places like CBGB’s, TRAX and The Pyramid Club, where they were the Tuesday night house band. However, it was through his connection with Naux that Michael began composing music fusing “ambient” and “jazz” influences from Brian Eno to Miles Davis.

In 1992, Michael began a solo career writing and recording music that soon became known as Darshan Ambient, releasing several critically-acclaimed albums such as Providence, The Zen Master’s Diary, Autumn’s Apple, re: Karma, From Pale Hands To Weary Skies, A Day Within Days, Dream In Blue. He joined the Lotuspike label in 2004 and subsequently Spotted Peccary Music in 2008, releasing a total of 14 projects with the labels during that time, including the upcoming album.

His music, described as cinematic and melodic, has been used in films, television commercials, and documentaries including "Remember The Sultana" a haunting Civil War-era film about the United States' largest maritime disaster. In a 2018 interview, the film's writer and associate producer, Brendan Hedges, praised Michael's creativity, saying “I’d email Michael some script pages, and very quickly he’d send back a haunting strand of theme, or even – to my astonishment – a beautifully realized, complete track. Every time, my heart wound up racing – and I’d rush back to the script, hugely inspired."

Michael's forthcoming release for Spotted Peccary Music — A Day Like Any Other — celebrates the many moments that make an ordinary life special; it is a delightful and positive work, overflowing with hopeful energy and infused with the distinctive Darshan Ambient style, deftly conveyed by Spotted Peccary designer Daniel Pipitone’s album art of a man strolling along just after the rain on a hazy summer day.

“Michael was an exceptional artist and compassionate soul – he will be greatly missed, yet through his music is always here; it is an honor for Spotted Peccary Music to be able to share his artistic vision with the world,” Deborah Martin shared, with label co-founder Howard Givens adding, "Michael was a great artist and friend who uplifted so many through his deeply-felt, multifaceted music…touching all in such a profoundly heartfelt way. We are so thankful for his wonderful gift. Our deepest thoughts are with Michael’s family and closest friends and fans."

Michael is survived by his wife Nicky and their four children.

A Celebration of Life Service will be held on 2/1/2020 @ 11:00 AM at Soul Harvest Worship Center, Modesto, CA 95356. There will be a reception immediately following on site at the Center. Michael’s family asks attendees to RSVP on this event page so that they can plan accordingly: https://www.facebook.com/events/775845056250601/

Excerpt of “The Man in the Window” lyrics by Michael Allison:
“Like the glory of summer
my love will drift on forever
over the rooftops of houses
under the river of silence”

About Spotted Peccary Music:
Portland-based Spotted Peccary Music is North America’s finest independent record label with a focus on deep, vast and introspective soundscapes. For over three decades, the artists of Spotted Peccary has been on a mission to develop, produce, publish and release ultra-high-quality, deep-listening experiences that engage the listener and exceed expectations. Every release is carefully prepared in a variety of high quality formats from MP3 to high-res studio masters. Explore more than 160 titles and 45 artists at www.SpottedPeccary.com and www.AmbientElectronic.com.

Michael Allison – A Day Like Any Other – Unboxing Tribute