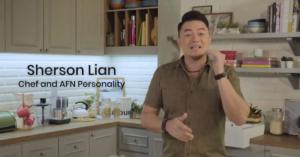 The only way we are going to stem the flow of plastic into nature is at a global level, a Paris Climate Agreement, but against plastic pollution.”
— Kim Stengert, Chief, Strategic Communication & External Relations, WWF-SGP

The recipes are the latest work in an ongoing campaign created by Grey Malaysia, ‘Your Plastic Diet’, which was launched last year to help WWF lobby for a globally binding treaty on plastic pollution. The campaign raises awareness on how plastic pollution has led to particles of microplastic being ingested by people all over the world. The specially commissioned study with The University of Newcastle found that people could be consuming on average five grams of plastic a week, the same as eating a credit card.

Launching this week (w/c 17/2), the specially created recipes will be running across the AFN network, in a total of 11 countries (Malaysia, Indonesia, Cambodia, Myanmar, Philippines, Singapore, Thailand, Vietnam, Hong Kong, Mongolia, Taiwan). The combination of twenty separate ‘60 and ‘30 second spots include:

– A DIY video recipe on how to make Basil Prawns with sliced plastic bottle
https://youtu.be/ZgxlP3vPdv0

The recipes all contain a call to action to join the movement of people from around the world who are already lobbying their governments to change their policy on plastic pollution. Launched by Grey Malaysia in June last year, the Plastic Diet campaign has helped WWF gain support from over 1.6 million people from over 180 countries…”. – becoming the largest and fastest growing movement in WWF history.

Says Kim Stengert, Chief, Strategic Communication and External Relations at WWF-Singapore: “The only way we are going to stem the flow of plastic into nature is at a global level, a Paris Climate Agreement, but against plastic pollution. From the G20 to the UN Assembly, the ‘Plastic Diet’ is now a constant reminder to policy and decision makers everywhere that urgent action is needed, and that over 1.6m people from 180 countries are counting on them to agree on a globally binding treaty on plastic.”

Commenting on the collaboration, Graham Drew, Executive Creative Director of Grey Malaysia: “It’s hard to think of a better partner to highlight the fact that plastic is now in almost everything we eat and drink than Asia’s largest food network, it’s brilliant to have their support. Your Plastic Diet reveals a shocking truth, but importantly gives the public an active role in making the changes the world’s governments need to make.”

WWF is one of the world’s largest and most respected independent conservation organizations, with over 5 million supporters and a global network active in more than 100 countries and territories. WWF's mission is to stop the degradation of the Earth's natural environment and to build a future in which humans live in harmony with nature, by conserving the world's biological diversity, ensuring that the use of renewable natural resources is sustainable, and promoting the reduction of pollution and wasteful consumption.