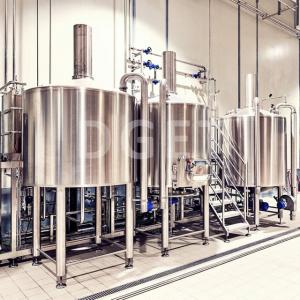 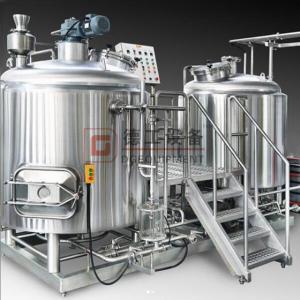 If anyone is planning on opening one’s brewery or already has one, but has certain doubts about what considerations should be kept in mind.

GLENDORA, CALIFORNIA, USA, March 25, 2020 /EINPresswire.com/ — If anyone is planning on opening one’s brewery or already has one, but has certain doubts about what considerations should be kept in mind while choosing beer brewery equipment then read on. Brewery equipment determines everything about the brewery. It will be reflective of one’s success in the future.

Below are the considerations that must be kept in mind while choosing beer brewery equipment for one’s brewery. They are as follows:

1. FIGURE OUT HOW MUCH IS NEEDED KEEPING IN MIND ONE’S BUDGET

The first thing one must work on is deciding what one’s requirements are and in what proportion do he or she needs them. Every brewery is different and thus, the beer brewery equipment of different breweries will be different. What suits somebody’s brewery will probably not meet the needs of some other’s brewery. Thus, one cannot just blindly use somebody’s experience and blindly apply it.

So, make a list of what is needed keeping in mind one’s finances. The equipment chosen will be constrained by one’s budget.

To sum up, within one’s budget set, a person will have to choose the option of beer brewery equipment which most satisfies one’s requirements.

2. WHAT TO KNOW WHILE BUYING NEW EQUIPMENT

When first venturing out for the beer brewery equipment, one will have two sets of options and that is either buying old equipment or buying new equipment.

But there are certain things that one should keep in consideration when they decide to buy new beer brewery equipment. Some of them being:

2. One will have to invent some specifications and tune one’s needs. This process will depend on the demand from other breweries.

3. A person can always seek professional help who aid breweries with financial and capital requirements.

3. WHAT TO KNOW WHILE BUYING OLD EQUIPMENT

While one can always buy old equipment, but certain concerns will always accompany this decision. First of all, no one can refute that the old equipment will save a lot of capital up front. But this cost-saving feature is brought down by the maintenance costs.
Make sure that the authenticity of the seller is verified. Also, make sure that the machine is in working condition and does not degrade when faced with the pressure of the demand.

To sum up, take care to ensure the condition and functionality of the beer brewery equipment while planning on buying a used one.

Whenever one decides to start a business, one begins by analyzing the market, which gives him or her an idea of how much they should produce and sell.
Once a person gets an idea of what is going to be one’s production level and what proportion of the brewed goodness he or she is going to sell, they can decide on the beer brewery equipment needed. It will help them analyze how many varieties they can produce, in what volumes and what kinds they want to serve and sell.

To sum up, get a hold of the production quantities to decide on the right beer brewery equipment.

5. AREA AND LAYOUT OF THE BEER BREWERY

6. FUTURE EXPANSIONS WHICH MIGHT BE DONE IN THE FUTURE

One might plan on expanding one’s beer brewery in the future. One’s plans do deserve a spot on the list of factors worth considering when they buy beer brewery equipment for their beer brewery. They can accordingly plan for the equipment by factoring in their plans and ideas for expansion.