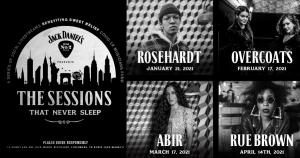 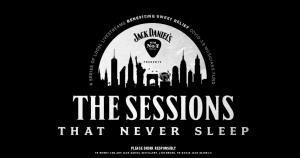 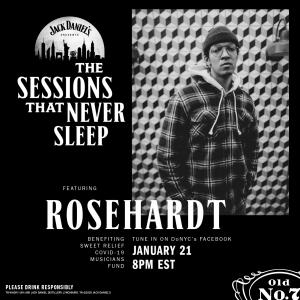 NEW YORK, NEW YORK, UNITED STATES, January 11, 2021 /EINPresswire.com/ — Jack Daniel’s relationship to music is a long one, dating all the way back to Mr. Jack himself when he started the Silver Cornet Band in the 1890’s. While music has changed from Jack’s day to now, one thing hasn’t – the spirit behind the music.

In a year of so much uncertainty, the New York music scene has been devastated by COVID-19. Venues are closing their doors at a rapid rate and local musicians who have shaped the scene are struggling to get by. Jack Daniel’s Tennessee Whiskey and DoStuff Media have teamed up to lift spirits and give back at a time that people need it most. Jack Daniel’s Presents: The Sessions That Never Sleep, a four part live stream series, will both rally support for the local music industry while celebrating four emerging artists that are pushing the scene forward.

DoStuff will bring the live experience right into your living room, with each artist broadcasting an exclusive set and interview for the cause. Each live stream will proudly raise awareness for the Sweet Relief artist’s fund, benefitting New York musicians and industry workers impacted by COVID-19. Jack Daniel's support of Sweet Relief has been ongoing throughout the pandemic, raising nearly $50,000 dollars for musicians around the country.

DoStuff Media is a national platform driven by locals – Answering “What Are We Going to Do Tonight” for 5 million people a day across web, mobile, and social channels. DoStuff is a network of 20 cities powering curated event guides to the best stuff to DO in their city, packed with loads of ways to win free tickets, discover events, and stay ahead of the local culture curve.

In the wake of COVID-19, DoStuff Media pivoted to curate the top virtual and socially distanced events for their loyal audience. DoStuff [At Home] remains a platform dedicated to bringing people together, even if it means temporarily evolving to do so virtually or safely in a socially distanced setting. Don’t expect to see Netflix and boardgames though. While those can certainly be entertaining, DoStuff’s focus is keeping people connected to and supporting their local (and the larger) live music/entertainment community.