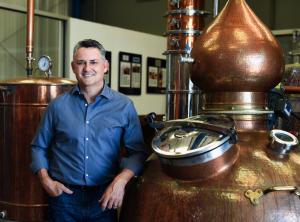 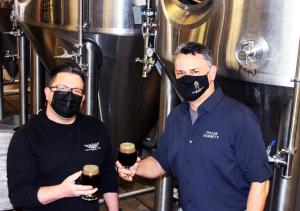 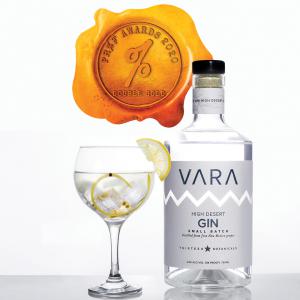 With an innovative approach to aging technology, the focus will be on new flavor profiles, collaborations, and new takes on classic spirits.

It is exciting that we can use our breakthrough aging technology to push the envelope with new flavor profiles, collaborations, and reintroductions of classic spirits.”
— Scott Feuille

”In my 4 decades of working in this industry, I’ve had the opportunity to be associated with, educated by, and work in collaboration with a number of master distillers,” says Doug Diefenthaler, co-owner at Vara. “It gives me great pleasure to officially announce Scott Feuille, creator, and founder of Taylor Garrett Spirits, as head of distilling at Vara Spirits.”

“When we set out to create Taylor Garrett Whiskey, I never imagined that it would evolve into the opportunity we celebrate today,” says Scott Feuille. “I am humbled to be working with the talented and creative Vara team to introduce innovative spirits of the highest quality to fans of craft distilling around New Mexico and the nation. It is exciting that we can use our breakthrough aging technology to push the envelope with new flavor profiles, collaborative efforts with local breweries, and groundbreaking reintroductions of classic spirits.”

“It was a very fortunate day indeed when Scott walked through our door and introduced himself to Xavier and me’” says Doug. “It was quickly evident that Scott was so much more than a jet pilot with an extravagant hobby and interest in distilled spirits. He is a studied, focused, and experienced distiller with a profound passion for fine spirits. He may not hold the title of Master Distiller quite yet but be patient because he can fly a still with the best of them.”

Right out of the gate with Scott at the helm of Vara’s Spirits’ distilling efforts, Vara’s High Desert Gin was awarded 99 points and Double Gold by Proof Awards 2020 presented by Food & Beverage Magazine. “It's always very gratifying to be recognized and praised by un-lobbied industry professionals for something you’ve accomplished,” says Doug. “In this case, it’s especially sweet because setting out to enter a competitive spirit category with some very accomplished and well-established benchmarks to look up to, one can get humbled very quickly. All of us at Vara are so very proud to have the debut distillation of our High Desert Gin received so well!”

“America’s craft brewers have long understood that amazing innovations occur when people with different talents work together. The spirit of collaboration is a core value that Taylor Garrett Spirits considers essential to the craft beverage industry and our community as a whole,” explains Scott Feuille, “and we are honored to start that journey with Canteen Brewhouse, a pioneer in New Mexico Craft Brewing. Working with Zach Guilmette, the head brewer at Canteen, has been a lot of fun and I hope to repeat that experience with other local brewers.”

VARA is an international family of Spanish and American wines celebrating the origins of the American wine experience thanks to the historical connection of Spain and New Mexico. Vara’s craft distillery is producing Spanish and American brandy and whiskey, rye, rum, gin, and vermouth. Vara wines and spirits are currently being sold in New Mexico and interviewing distributors nationally. Some wines have a story, we have a history. Visit varawines.com and varaspirits.com.