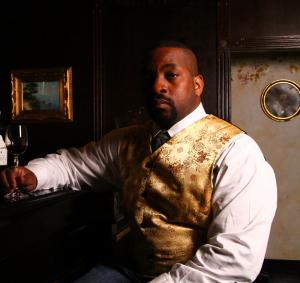 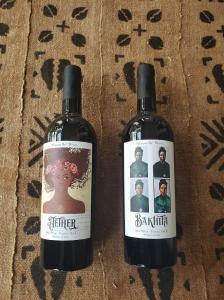 Zachary Marcus Cesare Harris, wine importer and distributor obtained two medals with his Aether and Bakhita Veneto red blends under his own label

WASHINGTON, D.C., UNITED STATES, July 9, 2021 /EINPresswire.com/ — Black and veteran-owned Ikavina Wine and Spirits, LLC’s “Wanna Be” Wines imprint was awarded bronze medals for both their “Aether” and “Bakhita” Rosso Veronese red blends in the Veneto IGT and Verona IGT categories respectively. At the insistence of Ray Sholes of Royal Vines and their “The Black Owned Wine Review” who partnered with Texsom IWA this year, Ikavina submitted three wines and received medals for two.

While Ikavina has ten wines under its own label, “Bakhita,” named after the Sudanese saint who is the patron saint of Schio located in the Province of Vicenza located in the Veneto region of Italy, is their best-selling red. It’s their most affordable red, but also even approachable for those who haven’t yet developed a palate for red wines. It’s a blend of Corvina, Molinari, Rondinella and Cabernet Sauvignon. “Aether” whose name points to what was considered a fifth element of alchemy, is a combination of Merlot and Corvina, with twenty percent of the grapes held back for extra drying of what is called the appassimento method. “It holds its own, especially when properly decanted.”

“We’re very proud of this accomplishment and look forward to next year’s competition as well as submitting all of our wines. Not only do awards help with sales, but on the corporate side, it hopefully leads to more sources of capital, which is the hardest thing for Black endeavors in wine to obtain, especially when you’re not doing the same wines as everyone else.”

And while the brand name may seem different, he connects it with concepts of several songs which all speak to the Black experience; “I Want to Be Free,” “I Wanna Be Where You Are,” “I Wanna Be Your Lover,” and “Wanna Be Starting Somethin’.” Ikavina just released a free e-book with words and poems encapsulating this called “Wanna Be: A Journey in Four Parts.”

Ikavina Wine and Spirits, LLC was founded in 2015 by Zachary Marcus Cesare Harris, a native of Philadelphia. Its focus is wines from Italy, Portugal and Spain as well as bringing great wines at affordable prices to African American consumers, the most overlooked and under-served demographic in the wine world. They are working on some initiatives focusing on certain wine styles as well as specific appellations which they see that everyone else has dropped the ball on, especially by the lack of pairings with African, African American, and Caribbean American cuisines.

Currently, Ikavina distributes in D.C. and has distribution in Pennsylvania and Maryland. Online orders can be shipped to most of the US. For more information go to www.ikavina.com, email him at zacharymcharris@ikavina.com or call 302-386-8118