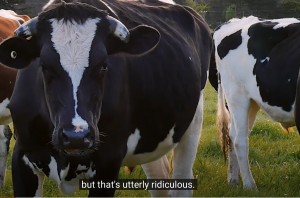 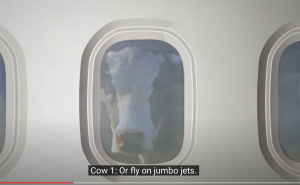 It’s time to show cows the appreciation they deserve and put the cow critics out to pasture.”
— Kevin Lynn

WASHINGTON, DC, USA, July 13, 2021 /EINPresswire.com/ — In recognition of National Cow Appreciation Day, Progressives for Immigration Reform (PFIR) is relaunching a video today on behalf of cows across America, pushing back on politicians’ claim that cows are responsible for a rise in U.S. greenhouse gases. The video is available online and on social media sites.

Leading cow intellectuals contend chickens are behind the smear campaign, citing vast contributions to Democratic candidates. Since 2016, the 501(c)(3) organization, Friends of Fowl, has donated more than $100 million to progressive politicians, including those calling for fewer cows, such as Congresswoman AOC and the President’s son, Hunter Biden. Documents obtained through a FOIA request revealed ties between billionaire George Soros and Friends of Fowl. Cows have also linked Friends of Fowl to the Wendy’s “Where’s the Beef?” ad campaign in the 1980s.

For more than a decade, PFIR has represented the interest of cows and today proudly represents more than 94 million bulls, steers, cows and heifers. Translating for the cows, Kevin Lynn, Executive Director of Progressives for Immigration Reform, said, “Cows are one of the most underappreciated groups in America. They aren’t the problem. It’s people. Population growth. More people mean more cars, more infrastructure, more consumption, more electricity and more greenhouse gases.”

A study conducted by PFIR in ten major rural markets across America involving 1,500 cows found that less than 1 percent of cows drive SUVs, fly on jumbo jets or live in McMansions. Cows have petitioned U.S. Representative Alexandria Ocasio-Cortez (AOC) to meet and discuss the research, but to date she has refused. AOC has openly promoted the notion that cows are creating more than their fair share of greenhouse gases. And it’s cost her in the polls, as her popularity with heifers has plunged by 37 points.

Lynn continued, “How much longer are politicians like Bernie Sanders and AOC, and activists like Bill Gates, going to milk this issue? Human activity and U.S. population growth are fueling greenhouse gas emissions. And population growth is driven by mass immigration. You don’t see any cows crossing the border.”

Cows contend that the lifestyle of humans such as Sanders, with his three houses and jet-setting lifestyle, along with an Open Borders agenda of too many, is what’s driving greenhouse gas emissions. And they’re fed up with being blamed.

“It’s time to show cows the appreciation they deserve and put the cow critics out to pasture,” said Lynn. “Reduce human activity. Slow mass immigration. Then we can all breathe a little easier.”