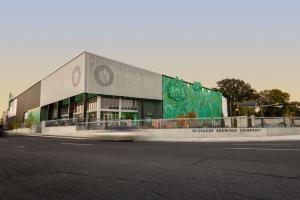 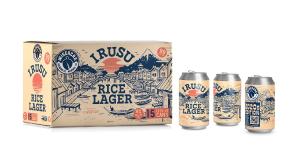 At 99 calories, Irusu Rice Lager is the lightest beer WISEACRE has ever made. 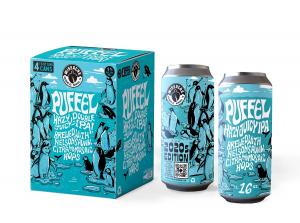 With these two beer releases, we are bringing balance into the universe – Irusu is the lightest beer we’ve ever made at 99 calories, [while] Puffel will be massive in every way.”
— Kellan Bartosch, WISEACRE co-founder

MEMPHIS, TENNESSEE, USA, July 20, 2021 /EINPresswire.com/ — WISEACRE Brewing Company will launch two new year-round beers this summer: Irusu Rice Lager and Puffel Hazy Double IPA. The introduction of these two brews will also represent two new packaging opportunities, with Irusu offered in a 15-pack and Puffel coming first in a 4-pack of 16-ounce cans and later in a 19.2-ounce stovepipe can.

“I was able to take a magical trip to Japan with a friend who was born there, and I fell even more in love with the country I had admired from afar for most of my life,” explained co-founder and brewmaster Davin Bartosch. “It is out of the Japanese tradition of super dry rice lager that Irusu was born. This beer has a gentle, smooth taste and a dry, palate-cleansing finish. Our artist Rachel Briggs knocked it out of the park yet again with the label, which was influenced by ukiyo-e woodblock art.”

“Puffel is a completely different story!” Davin continued. “This beer will be right at 9% ABV and is new age-y with the hazy appearance and hop character. The hop variety is something new for us, we are thrilled that we got our hands on enough of the highly sought-after New Zealand Nelson Sauvin hops to commit to Puffel being a year round beer.”

“Not that we take this notion too seriously, but with these two beer releases, we are bringing balance into the universe,” said Kellan Bartosch, WISEACRE co-founder. “On one hand, Irusu is the lightest beer we’ve ever made at 99 calories. In contrast, Puffel will be massive in every way, from mouthfeel to aroma, and flavor.” He added, “We’re also excited about the new packaging options, which offer different values and purchasing opportunities for the wide variety of WISEACRE fans.”

WISEACRE also brews four seasonal beers that share the same barcode and come in 6-packs and as part of WISEACRE’s 12-can variety pack. Additionally, WISEACRE periodically offers specialty, limited-run beers such as fruited sours, barrel-aged brews, Belgian styles, supper hoppy and obscure beers, which are typically available in 4-can packs and as large format bottles.

ABOUT WISEACRE
WISEACRE Brewing Company opened in Memphis, Tennessee in 2013 after brothers and Memphis natives Davin and Kellan Bartosch gained experience working in the brewing industry around the country. Since then, WISEACRE has grown to have two brewery and taproom locations, more than 60 employees and distribution in fifteen states, and has made more 170 beers ranging from German lagers, to hoppy American styles, complex and boozy Belgian beers, and barrel aging beers to boot. For more information visit www.wiseacrebrew.com.