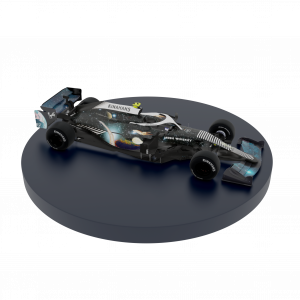 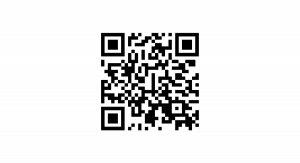 Such a positive result of the auction proves that we are transitioning into a new world, where value is no longer affected by physical possessions, but by pioneering acts and rare experiences.”
— Zak Oganian, Kinahan’s Managing Director

DUBLIN, IRELAND, July 28, 2021 /EINPresswire.com/ — What’s an NFT? NFTs (non-fungible tokens) are unique pieces of data stored on a blockchain, once something is on the blockchain it stays there, in this particular case, a timestamped proof of ownership was added to the blockchain. If you own the NFT, nobody can say you don’t. Once it’s yours, you can sell or trade it much like anything else you own, without paying intermediary fees.

This NFT is the first of its kind in the whiskey industry. Notice that precious word, ‘first’. There are many models of a McLaren, but if you own the first one, you own a piece of history. That is what Kinahan’s, one of Ireland’s heritage brands, is all about, it wants to be the first, it wants to make history. Known to the world as the whiskey innovator, Kinahan’s has earned its reputation by pioneering some of the world’s most unique, award-winning whiskeys, like the one-of-a-kind, limited release Black Oak whiskey.

Continuing with its pioneering ways, the brand has now developed its first ‘Augmented Reality’ (AR) experience in collaboration with digital artist Morysetta, which was featured at the 2021 British Grand Prix
The collaborative work, released as an NFT at a Rarible.com online auction, secured multiple bids and sold for $4800, which rivaled the value of a rare Macallan 30-year-old whiskey.

Until now, the whiskey industry has made a timid entry within the crypto space. Current NFTs are mostly tied to proof of ownership of traditional physical whiskey barrels. However, unlike their competitors, which are adverse to marrying innovation with tradition, consumer experience is crucial to Kinahan’s, and makes the pursuit of beauty through the coupling of tradition and technology its mission.

Having realised the power of NFTs to create new value for its consumers, Kinahan’s is planning several more collaborations. “Such a positive result of the auction yet again proves that we are transitioning into a new world, where value is no longer affected by physical possessions, but by pioneering acts and rare experiences that people are eager to invest in and represent." says Zak Oganian, Kinahan’s Managing Director.

About the NFT Auction

The Kinahan’s NFT auction took place at Rarible.com with the 3D/AR Formula Racing Car, featured at the Silverstone Circuit British Grand Prix 2021 race, sold to the highest bidder during the limited time period for $4800 via NFT.

The Kinahan’s NFT Formula Racing Car piece was created in collaboration with Morysetta, and can be viewed in 3D and AR at www.kinahanswhiskey.com.

Kinahan’s Irish Whiskey was founded in 1779. One of the world’s oldest brands of whiskey, it was historically known as “the pioneer of Irish whiskey”, and has recently been lauded for its modern-day innovations within the category. To find out more about Kinahan’s projects and releases, visit www.kinahanswhiskey.com

To find out more about Larisa Murariu projects, visit www.instagram.com/morysetta