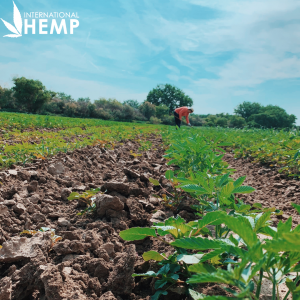 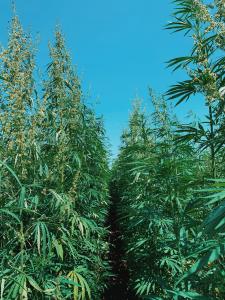 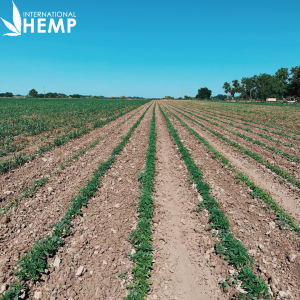 International Hemp announces that it is the exclusive licensee and distributor of two hemp fiber varieties, Enectarol and Carmenecta, in the Americas.

There are few, well-suited hemp fiber varieties available for the southern United States. The Enecta varieties are acclimated to southern climates and will provide high yields and high-quality fiber.”
— Derek Montgomery

DENVER, CO, USA, August 10, 2021 /EINPresswire.com/ — International Hemp, an agricultural company engaged in the production and distribution of Association of Official Seed Certifying Agencies (AOSCA) certified industrial hemp seed, announces that it has completed negotiations to be the exclusive licensee and distributor of Enectarol and Carmenecta hemp varieties within the Americas. These varieties were bred by Enecta, a Dutch company that specializes in phytocannabinoids, plant breeding, and the development of high-yielding hemp genetics. International Hemp will begin distributing Enectarol and Carmenecta in 2022.

International Hemp’s CEO, Derek Montgomery, comments: “This is an exciting addition to our commercial inventory of industrial hemp varieties. There are very few, well-suited hemp fiber varieties commercially available for the southern United States. These new Enecta varieties are well-acclimated for southern regions where we believe they will provide both high yields and high-quality fiber.” VP of Production and Operations for International Hemp, Terry Moran, adds: “I am thrilled to be working with Enecta to commercialize and produce these two new Italian varieties and will enjoy seeing the seed production grow from small to large acreage for commercial scale.”

Enectarol is a dual-purpose variety that produces high-quality fiber from its stalk while its flowers produce a high – up to 8% – concentration of Cannabigerol (CBG). CBG currently fetches $1500/pound when extracted as crude oil. Carmenecta was bred to produce a high yield of very fine fiber. It is similar in fiber quality to Carmagnola but selected to be THC compliant.

Enecta’s CSO, Jacopo Paolini shares: “We have worked on this variety to answer the needs of an industry we have seen growing since 2012. These two varieties will become very popular as the hemp farmers will yield so much more compared to current commercially available strains. We are also extremely proud to see how well Carmenecta and Enectarol are performing on the stability and yield tests performed in the Kentucky trial. We believe both varieties provide high-quality fiber, while Enectarol can also be used for flower extraction given the crop’s high concentration of CBG.”

In a recent trial conducted by the University of Kentucky, Enectarol was the leading variety for highest-yielding fiber content. This is largely due to the fact that Enectarol and Carmenecta were bred at 44° N, which is significantly further south than most other hemp fiber varieties available on the market. Both varieties have been trialed and approved for AOSCA certification by state-level members, including the Colorado Seed Growers Association, and tested by the Colorado Department of Agriculture to be THC compliant.

Hemp farmers in southern states have experienced challenges and expressed concerns surrounding performance and yields from currently available industrial hemp varieties. These challenges are largely due to the varieties being bred in Northern Latitudes, where factors such as differing day lengths, soil temperatures, heat, and water stress result in premature flowering, which is catastrophic to variety performance and overall ROI for farmers. While still in the preliminary stages of research and development, early data suggests that both new Italian varieties will outperform the current commercial varieties available in U.S. southern regions. Agronomic data, trial data, and yield information will be made available on International Hemp’s website.

International Hemp is a Colorado-based provider of certified industrial hemp seed, with a focus on building the domestic infrastructure for “industrial hemp,” i.e. fiber and grain. In 2021, International Hemp sold certified hemp seed to farmers in more than 45 states, Canada, Latin America, as well as donated seed to non-profit researchers and land grant universities.

Please direct all inquiries to:
Info@international-hemp.com