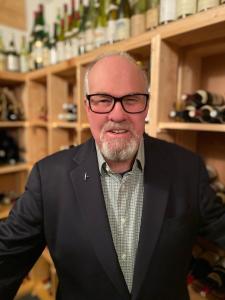 Drake’s years as a wine professional and his ability to manifest this experience and knowledge to local markets make him one of the most unique talents in our industry.”
— Doug Diefenthaler, Co-Founder of Vara Winery & Distillery

ALBUQUERQUE, NM, UNITED STATES, August 24, 2021 /EINPresswire.com/ — Drake's career as a fine wine importer and distributor has spanned over four decades. He is responsible for inciting the discovery and introduction of many fine French, Italian, Spanish, and other wines of the world to the San Francisco Bay Area and beyond.

"Drake’s many years of management and international travel as a wine professional and his ability to manifest this experience and knowledge to local markets make him one of the most unique talents in our industry,” says Doug Diefenthaler, Co-Founder of Vara Winery & Distillery. “We are very pleased to be able to include his authority and strength on our team."

“Vara is truly an innovative and cutting edge venture setting new standards for bringing world-class quality to your table,” says Drake on his new expanded role. “I am delighted, thrilled, inspired, and humbled to be offered a seat at the table with this stellar team of industry standouts."

About Drake McCarthy:
From his home in the Bay Area, Drake's keen and evolving interest in fine wine and cuisine called him to the South of France, and after earning his BA in Music he went to Europe for the first time. Basing himself in Aix-en-Provence, he was able to travel extensively throughout France, Italy, and Spain in pursuit of these interests. On his return to California, he played and taught trumpet professionally, all the while expanding and building on his fine wine foundations.

As fortune would have it, his first job in the wine business was as a sales rep for Woltner & Co. a French negociant company owned by Chateau La Mission Haut Brion, with an office in San Francisco. Drake was hired as the first rep charged with developing the market. He proved to be a natural and before long several reps were hired to cover the expanding territory. In addition to current Bordeaux, the company had a deep collection of wines from the top Chateaux in the great years dating back to the early 20th century. Drake organized vertical tastings and dinners at local restaurants. He became a master of trade marketing and import relationships. This experience formed the basis for his management career with Diamond Wine Merchants, when in 1989 his relationship with Doug Diefenthaler was launched and continued with Villa Italia, Europvin, and Golden State Wine Company. As a member of Vara, Drake demurred from being called a "jewel", but his experience and knowledge are insurmountable, lending authority and strength to the circle.

ABOUT VARA WINERY & DISTILLERY:
VARA is an international family of Spanish and American wines and spirits celebrating the origins of the American wine experience thanks to the historical connection of Spain and New Mexico. Some wines have a story, we have a history. Visit varawines.com and varaspirits.com