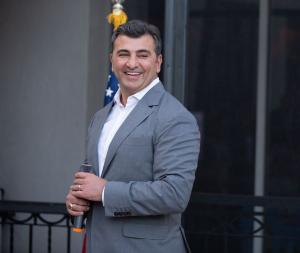 Casey Askar is the president and chairman of Askar Brands, which oversees brands such as Papa Romano’s, Mr. Pita, Stucchi’s, and CJs Brewing Company

NAPLES,, FL, USA, September 22, 2021 /EINPresswire.com/ — The American Dream is an example to the world because it has been fed and nourished by people from all over the world. Casey Askar is one person who represents this dream. Like many immigrants, Askar first came to the U.S. as a child as Kousay Askar when his family faced religious persecution in Iraq. He grew up in Michigan and would go on to become an accomplished high school wrestler. He has since embraced American business and has built his own business through acquiring franchise restaurants as well as other businesses.

Franchise restaurants offer a great way for many to get their foot in the door in business. One accomplishment of Casey Askar is that he is the president and chairman of Askar Brands, which oversees brands such as Papa Romano's, Mr. Pita, Stucchi's, and CJs Brewing Company. He also owns other franchises for Church's Chicken and Dunkin' Donuts.

The Naples, Florida businessman is serious about where he chooses to grow his business. Before he chooses a new venture, he considers the people who are already involved in the franchise. In the case of Dunkin’ Donuts, Askar was impressed by the overall state of the company, including the entire leadership team. Askar wasn't the only one impressed with Dunkin' Donuts as the company ranked first place of the 2020 Enterprise Franchise 500 list.

In addition to being successful in business, Casey Askar has also showed a great deal of dedication to his community, church, family, and country. He has served in the U.S. Marine Corps. and is currently married with seven children. He is also an active member of St. Ann's Church in Naples, FL. Askar's restaurant franchises are part of an even larger business venture, the Askar Family Office, which also invests in commercial real estate. Across his businesses, Askar maintains a strong commitment to his employees, which number in the thousands across the country.

While the restaurant and real estate industries have become a huge part of Casey Askar's success, his initial success came in fitness, when he acquired his first fitness center in 1995. Eventually, he owned six locations, in Michigan, Ohio, and Arizona. It was in 1998 when he first branched out into the food industry and acquired a franchise of Jet's Pizza, picking up four locations in less than a year. In 1999 he branched into oil and gas and acquired 97 Speedway America locations.

Besides his business ventures, Askar is active in local charities and supports a local soup kitchen in Detroit, as well as various nonprofit organizations, including the Golisano Naples Children's Museum, the Naples Fire Department, The Collier County Sheriff's Department, and St. Matthew's House. He has also contributed to various academic programs, and he is a member of the Naples Harvard Business School Alumni Chapter.

By maintaining his businesses, his involvement in his church, his charitable pursuits, and his commitment to his family, community, and country, Casey Askar has made the most out of the franchise model to etch a place for himself in the country he calls home. His success can serve as an inspiration for those who look to begin their own empire or even those who are looking into franchise ownership of just one or two businesses to make a better life for themselves and their family. With the right opportunities, a bit of faith, and hard work, the American Dream remains possible for many who are willing to put in the effort to make their dreams come true.