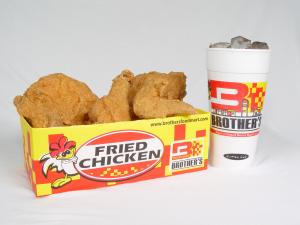 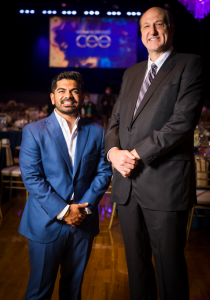 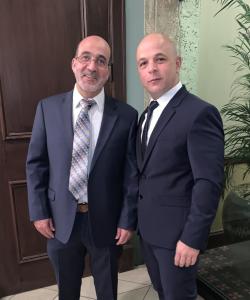 The ‘Brothers’ of Brother’s Food Mart will align with Mountain Express to expand their brand outside of Louisiana.

One bite of their famous chicken makes it obvious as to why Mountain Express wants to expand its reach by bringing the popular brand to a number of cities across the southeast,”
— Lamar Frady, Co-CEO, Mountain Express Oil Company

ALPHARETTA, GA, USA, October 27, 2021 /EINPresswire.com/ — Mountain Express Oil Company has acquired New Orleans-based Brothers Food Mart, the city’s largest c-store chain, which has 50 locations in the region. Under the agreement, Mountain Express Oil has purchased a majority of Brothers Food Mart’s stores and has a license agreement to use the name.

“We found a great match in Mountain Express, a company that can help grow and move Brothers forward,” said Hamdan. “Turjo, Lamar and the team are great partners and can help us grow our brand without changing what makes it so special today.”

The goal with the acquisition is to expand this innovative brand into more southern markets, including North Carolina, Atlanta, Memphis and Dallas, while simultaneously growing Brothers Food Mart’s Louisiana footprint. The plan includes adding up to 100 additional Brothers sites in the next six months, said Wadud.

Brothers Food Mart was founded in 1989 by Hamdan, who immigrated to America from Jerusalem to not only support his family but also contribute to the New Orleans community as a whole. The chain has provided donations to local areas hard hit by natural disasters, such as hurricanes and tornados.
The company is well-known for its fresh fried chicken, which has been touted by celebrities including Kevin Hart and Seth Rogen as memorable and a favorite. Although the recipe is a secret, Brothers Chicken is wildly popular in New Orleans with locals and visitors alike.

“Brothers Food Mart has definitely made its mark in the New Orleans area as a standout c-store amongst the competition, and one bite of their famous chicken makes it obvious as to why Mountain Express wants to expand its reach by bringing the popular brand to a number of cities across the southeast,” says Frady.

“As Mountain Express continues on a significant growth trajectory, partnering with proven convenience chains like Brothers aligns perfectly with our vision for the future.” With the experience and leadership of Hamdan and Mousa on our team,” we will make every consumer’s craving for Brothers fried chicken closer to a reality than they’ve ever been able to imagine, added Wadud.